Every day I use more and more spatial data in my projects. I have a few different Python mapping packages to handle spatial visualization and I figured I would summarize my experience with them.

This dataset is drillhole collar coordinates for exploration holes in the Athabasca oil sands in northern Alberta. The coordinates can be found here. The government of Alberta released the coordinates along with well log data I will likely analyze in another post.

Folium is a Python package that uses Leaflet.js to provide interactive visualizations of data in Python. It has a number of neat features, including inline, interactive map rendering in Jupyter notebooks, and save-to-HTML functionality. The syntax is surprisingly succinct; the example below creates a basemap and plots 2193 drillhole collars in the Athabasca oil sands.

The interactive plot means you are free to zoom in on interesting areas and then look at the global distribution without generating a whole new figure.

My only complaints so far are how it deals with huge amounts of points (the HTML file is huge and slow to render), and the fact that you can’t save a static image of the map. This also limits how the map is displayed when the notebook is hosted, since if it isn’t interactive the map will not render. I resorted to screenshotting the interactive map for display in the notebook, which obviously isn’t the best solution. The convenience of having an interactive map is hard to beat though, and you can add even more interaction features with tooltips and data selection/interrogation in the interactive map, using Map.add_child(folium.LatLngPopup()) and related methods. And you can also choose among a variety of basemaps with the tiles argument to folium.Map:

Unfortunately I have not had any luck using popups, I think that would be really useful for my work but I just can’t get it to work. I understand there are some issues with special characters and possibly version problems as well so I will keep an eye out for that feature.

Bokeh seems to have a lot of the same advantages/disadvantages as Folium, though their mapping offering is not as mature and feature-rich. I played around with it a bit and I prefer Folium.

I use matplotlib’s inline plotting nearly every day, so I was hopeful for this one. Unfortunately, the plotting functionality is built into a different package, mpl_toolkits.basemap. I had issues with dependencies and was not able to get native plotting to work. I called it a day after an hour or two of wrangling with dependencies and pip/conda errors, and several questions on stackoverflow indicate this is an issue for other users as well. Hopefully the install procedure is fixed, as I’d love to give this one a try.

Geopandas is similar to pandas in plotting capabilities. The following snippet of code will plot the well locations atop a basement rock geologic map of the region. 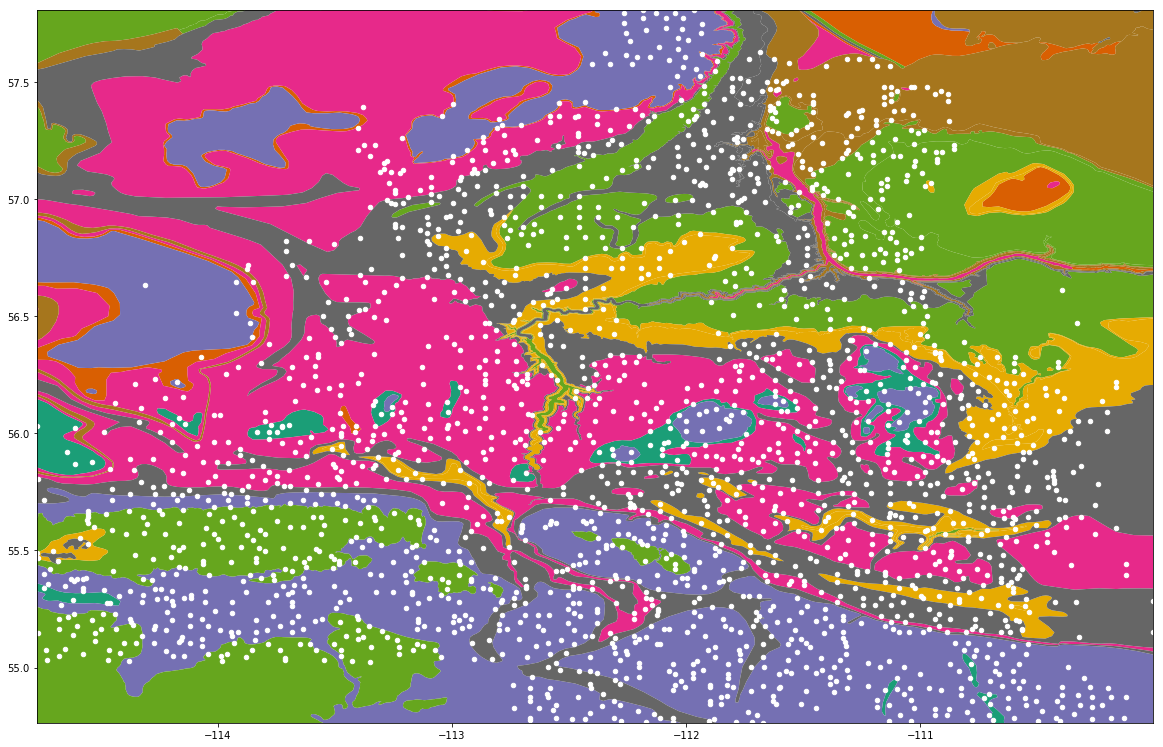 Geopandas simplifies work with shapefiles and other more GIS-friendly formats, and can output in those formats or output static images. Geopandas also gives much more control over coordinate systems and the details surrounding projections and mapping. Of course, it is non-optional, so you will not be able to visualize your data if you don’t know exactly which CRS it’s in.

I also appreciate the fact that you can use a basemap from a tile server as a figure background: 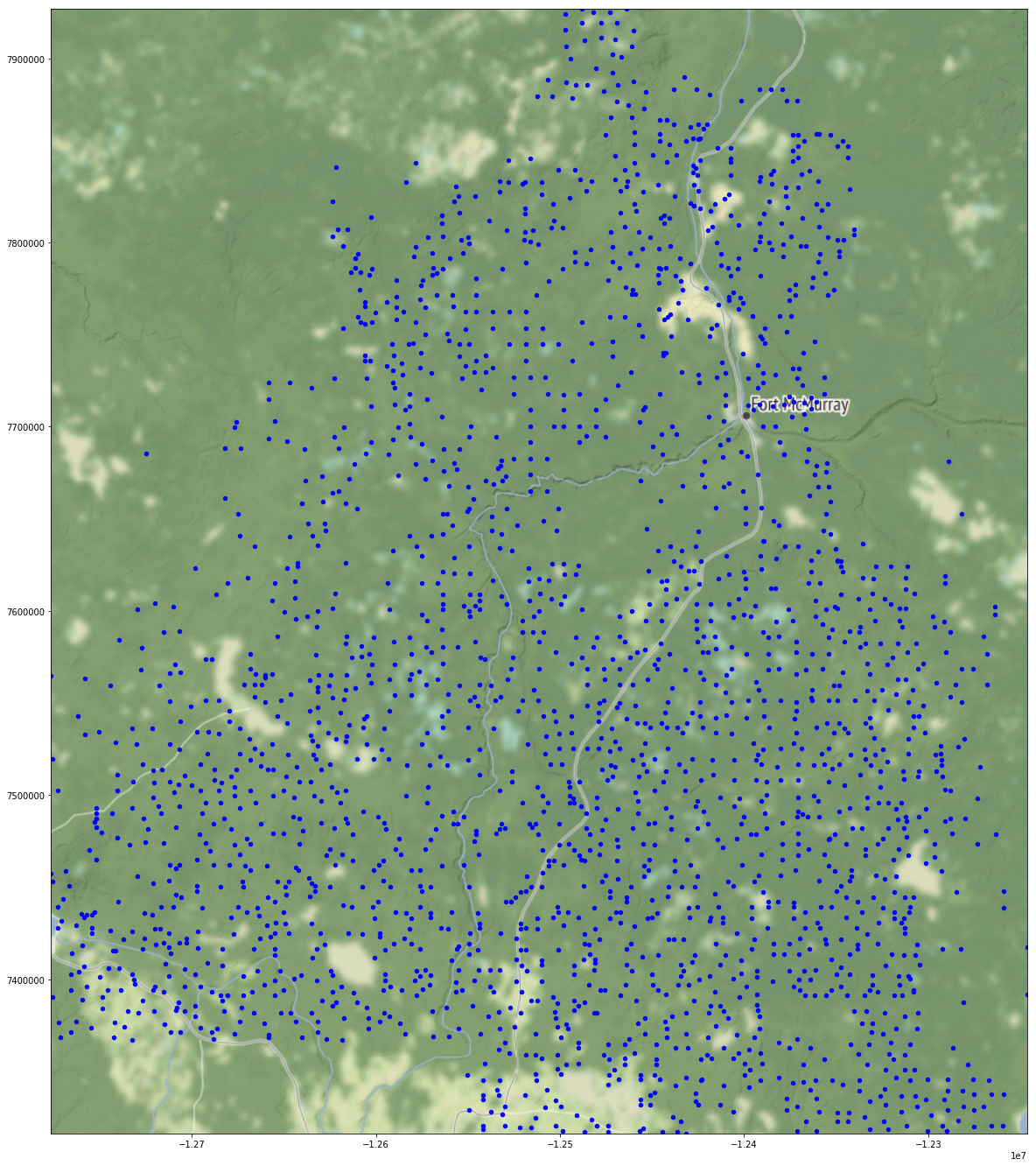 Be sure to set the zoom_level to something appropriate, as the figure won’t properly render otherwise (and it’ll increase the load on the tile server too).

I’m sure my views on this will evolve as I work with even more spatial data, so I’ll likely return to this topic in the future.